Probiotics are broadly defined as live microorganisms that provide health benefits to their host (eg, people) when taken in adequate amount/quantity.7 These organisms are often found in your body, food, or other supplements and are classified as “good” bacteria. When most people hear the word “bacteria,” they think of infection or disease. However, good bacteria such as probiotics provide protection against other harmful bacteria and promote a healthy digestive system. In fact, a normal human digestive tract contains about 500–1000 strains of probiotic bacteria that work to defend vital bodily systems.8

The benefits of probiotics

Probiotics play an essential role in promoting overall health. These organisms benefit a number of areas within the body, including:

“Probiotics are live microorganisms, which, when administered in adequate amounts, confer a health benefit on the host.”7

Probiotic supplements are gaining in popularity

While probiotics and probiotic foods have been marketed for decades in Europe and Asia, they have only recently become popular in the United States. They are most likely to be found in supplements or in dairy products such as yogurt or fermented drinks. Probiotics have been heavily promoted for their health benefits over the past several years.

However, pasteurization kills probiotic microorganisms. So, live probiotics must be added to dairy products after they are pasteurized.

But, there is one more hurdle to clear: the stomach. Probiotics in foods such as yogurt deteriorate when they come in contact with the acids in the stomach. As a result, by the time they reach the intestine, the number of live probiotics is markedly reduced.

That’s why specially designed probiotics are important, such as Renadyl™, which has a special capsule coating that protects the probiotic microorganisms as they pass through the stomach, allowing them to reach the colon intact.

As the promise of probiotics continues to emerge, scientists have begun focusing on the role of probiotic bacteria to aid digestion, boost natural defenses, and fight bacteria that could cause health problems.

* These statements have not been approved by the Food and Drug Administration. This product is not intended to diagnose, treat, cure, or prevent disease. Results may vary.

Renadyl™ is a patented and proprietary probiotics dietary supplement that has been scientifically formulated and clinically tested. Renadyl™ metabolizes nitrogenous waste that has diffused from the bloodstream into the bowel. Nitrogenous wastes are utilized by Renadyl™ as nutrients. As probiotics grow and multiply, they consume more nitrogenous waste and therefore effectively help maintain healthy kidney function. The nitrogenous metabolites are eliminated as solid waste/fecal matter.

Note: The statements on this website and the products offered have not been evaluated by the US Food and Drug Administration. These products are not intended to diagnose, treat, cure or prevent any disease. Contents herein are being provided solely for the purpose of information. If you are pregnant, do not take any of our products listed herein. Also, please consult your physician or a qualified medical professional prior to taking this or any other dietary supplements or if you feel you have uremic, metabolic or related health conditions. 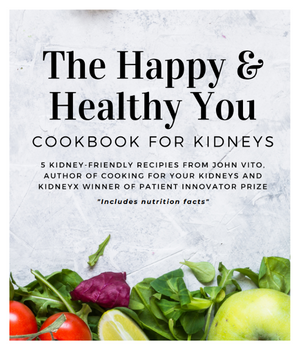 Renadyl™ is a patented and proprietary probiotics dietary supplement that has been scientifically formulated and clinically tested.

Probiotics and Kidney Health offers clear information on kidney disease and how probiotics can slow its progression.

We're not around right now. But you can send us an email and we'll get back to you, asap.